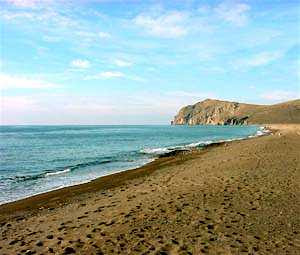 Since 1997 I have made films in Eressos, on the island of Lesbos. These are collaborative efforts with islanders and travelers. Two are mythological journeys contextualized with film clips from Maya Deren's At Land, Alien, Jaws and Bergman's The Seventh Seal . Both made in Eressos, Lesbos in Greece during the summers of 1997 and 1998:


Selected for Bay Area Burning Man Film Festival, and projected from a VCR on the roof of a car against a garage. Paris has 400 screenings (séances) a week. I remember a book for young Francophiles where the kids on the block projected a film against a sheet on a garage years ago.


This year's Oscars was not as white but still very white, and still very male. Only two films directed by women were nominated for Academy Awards--Ava DuVernay ("13th") and Maren Ade ("Toni Erdmann"). One short live action film, "Sing" directed by Kristof Deák and Anna Udvardy won an Oscar. That's it.


It's hard to note the invisibility of women at the Academy Awards since there are so many women working as actresses or producers in film, however they are not being nominated for directing. Andrea Arnold's Grand Prix winner at Cannes in May 2016 was snubbed - "American Honey".


In the group photo for last year's Oscars, many of the women are wearing red. We have a long way to go for nominated films that salute both race and gender, for nominating filmmakers who are people of color and women.

The mixup about Barry Jenkins' "Moonlight" winning Best Picture this year was deplorable, still it won that award, and Best Supporting Actor (Mahershala Ali) and Best Adapted Screenplay (Jenkins). Using innovative cinematography and editing it is about a young gay black boy growing up with his drug addicted mother and befriended by an older black male who is a "good" drug dealer. He grows into a teenager, and a man. Compare this with "La La Land", a white heterosexual musical set in LA , so unrealistic and illusional it was able to gather 13 nominations and six wins just for that. We can't escape the world we live by keeping it safe from authentic representation; only in Hollywood is that possible.

Lies We Tell Review: "The only men who get caught are those who don’t love their wives enough"

Lies We Tell Review: "The only men who get caught are those who don’t love their wives enough" By Moira Sullivan
In British-Indian director Mitu Misra’s debut film Lies We Tell men and women tell lies: men tell lies to their wives, to their mistresses, to each other, and to their children. Women tell lies to themselves, and perpetuate their entrapment as young girls sold by their fathers and families through marriage. These practices continue in Britain where Muslim Pakistani subcultures are in collision with the dominant culture and characterized by street violence, family feuds, and rival gangs.
Director Mitu Misra came with his parents from India as a toddler and is first generation British.  This is his story with screenplay by Ewen Glass and Andy McDermott
In addition to being ‘sold’ as a teenage bride to her cousin by her father in an arranged marriage, Amber (Sibylla Deen) later becomes the mistress of Demi, an aging wealthy man (Harvey Keitel). The parallels are ironic.  When Demi suddenly dies, his chauffeur Donald (Gabriel Byrne) is sent to clear out his boss’s clandestine residence of her belongings.  He arrives to find her on the premises and does a bit of spying on her before he announces his presence. She is to leave everything behind including a present given to her by Demi. Rather than relinquish it, she smashes it to pieces. An enigma of the film is how she is dressed and videotaped in the stereotypical attire of male fantasy; black thigh high nylons and see-through lingerie, not reflecting herself but male egos, something she has learned to master as a young girl.
The odyssey of the film charts the efforts of a courageous chauffeur and an emboldened woman of self-conviction. Donald eventually realizes that Amber is more than a mistress, but a woman of contradiction and decides to help her. He sees her assaulted by women and men she knows on the streets, pressured by her family, and KD, (Jan Uddin), her vengeful and bullying cousin / ex-husband. Donald repairs the figurine Amber smashed, a learned owl figure perched on monographs, representative of her path towards the acquisition of worldly and interior knowledge. They develop a friendship based on respect and are well balanced and formidable allies: Donald in his ruthless integrity and Amber’s fierce honesty, played by the brilliant Australian actress Sibylla Deen. Amber’s evolution of shedding the veneer of self-deprecation involves telling her father that it would be better for him to call himself a pimp than her guardian, an important message of the film.
Although the premise of Lies We Tell is that “The only men who get caught are those who don’t love their wives enough”, women in this film are not loved as wives or lovers. Fortunately, there is a vital friendship between an emancipated chauffeur and a “mistress” amidst cultural tension. Women’s second class status is depicted through a series of scenes with Amber’s family and British women see women as rivals after their men. Amber struggles with women of her culture to defy their traditional roles.
No single factor can explain the success of Lies We Tell, but clearly the relationship between director Mitu Misra and cinematographer Santosh Sivan is noteworthy with many well-crafted shots of the Muslim subcultures of suburban Bradford and beautiful natural landscapes beyond the citadel.
Vivid scenes are complimented with excellent film editing by Chris Gill.  The film’s mise en scène is competently handled by Jane Levick as production designer and complemented by Makeup Designer Penny Smith and Costume Designer Adam Howe. The original soundtrack for Lies We Tell is written by Zbigniew Preisner (Angelica, Trois Couleurs: Blanc, Rouge, Bleu) who provides a daunting and revelatory score for this provocative narrative. Moira Sullivan
FIPRESCI, Swedish Film Critics Association , Alliance of Women Film Journalists
Moira Sullivan is an international film critic, scholar, lecturer, promoter and experimental filmmaker based in San Francisco and Stockholm. She is a member of FIPRESCI with a PhD in cinema studies. Currently a professor of Cinema at City College of San Francisco, Sullivan is one of the world's experts on the work of the legendary filmmaker Maya Deren (1917-1961). Since 1995 Sullivan has been a staff writer for Movie Magazine International, San Francisco and writes for agnesfilms.com named for Agnès Varda. She served on the Queer Palm Jury of the Cannes Film Festival in 2012 and is an accredited film critic at film festivals in Cannes, Venice, Udine Créteil, Stockholm, and San Francisco.
https://www.facebook.com/annakarinaland/
http://www.shoestring.org/
http://www.mayaderen.org
http://www.cinefemme.com
http://twitter.com/annakarinaland