Diana Rigg at the Old Vic 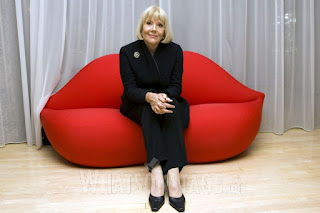 Is there anything Diana Rigg can't do? From James Bond's wife to a veteran stage actor in love with a lesbian drug addict, this actor has proven her versatility and extraordinary acting craft time after time. At the London Old Vic through November 24th, All About My Mother is a dramatic rendition of Pedro Almodóvar's cult film about a mother who loses her son in an accident, fathered by the transsexual Lola. 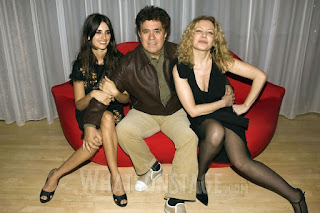 And just to prove that the attempt to dramatize the film on stage was approved, Aldmodóvar was on hand at the opening nite in London with Penelope Cruz and Cecilia Roth on September 4th, along with quite a few queer folks. Listen to upcoming review of play on October 24th for Movie Magazine International, San Francisco.
Posted by Moira Jean Sullivan 1 comment: 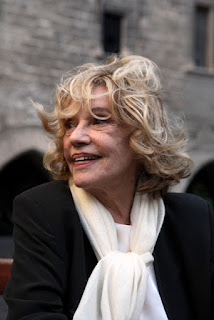 Jeanne Moreau was guest at the Swedish Film Institute on October 6th to honor Ingmar Bergman. She revealed a story about letters to Bergman sent after an unhappy love affair with Louis Malle. They planned on making a film called Monstrous Love, but when Bergman was arrested for a tax violation the film never came to be. Upcoming review of Long Live Bergman Weekend in Stockholm and interview with Jeanne Moreau on Movie Magazine International, San Francisco on October 17.
Posted by Moira Jean Sullivan No comments: