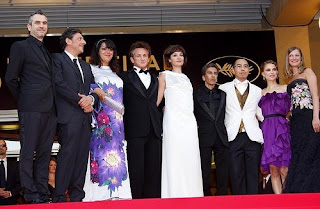 The 61st Cannes Film Festival ended on May 25 after a 10 day run, the festival which is one of the most prestigious and which is known for screening artistic world class films. What was really refreshing about this years Cannes was the choice of the jury president, Mr. Sean Pean, a man who has worked hard for films with social issues and who has really come into his own. Other jury members included Natalie Portman and Alfonso Cuaron. 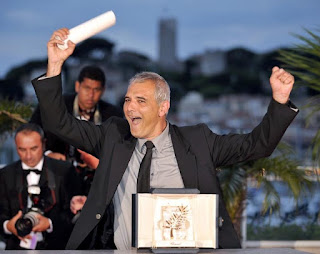 The Palme d'Or this year when to The Class by Laurent Cantet and was presented by Robert De Niro. This is the first time a French film won the top prize in 21 years. The film is about a teacher who tries to prepare a junior high school class in a rough neighborhood in Paris for the future, though the students challenge the way that he goes about it. The story is autobiographical and the teacher, François Bégaudeau, plays himself. The jury chose this film unanimously and Sean Penn said it is the young people of today who have the responsibility for the future of the planet.

Catherine Deneuve for A Christmas Tale by Arnaud DESPLECHIN also starring the French-Italian actress Chiara Mastroianni, the daughter of Deneuve and Marcello Mastroianni.

And Clint EASTWOOD won for The Changeling, the story of a mother played by Angela Jolie whose kidnapped son is returned but who knows it is not her son.

The Award for the Best Director went to Nuri Bilge CEYLAN for Three Monkeys, a film that like its title deals with corruption in a family that doesn’t want to see hear or speak the truth.

At the press conference for the jury it was noted that the two acting awards went to films with social relevance:

Benicio Del Toro was awarded for his performance in Che, by Steven SODERBERGH, the story of Che Guevara, the Argentinean doctor that sailed to Cuba to help bring about the downfall of Batista together with Fidel Castro. Soderbergh understands that the length all of 267 minutes, may scare off the average audience and his hope is that it can be shown in installments.

Sandra Corveloni won the other award for her role in LINHA DE PASSE by Walter SALLES, a film about the hopeless conditions for four brothers in Sao Paolo who struggle to avoid falling into a life of crime. Corveloni plays their mother the housemaid Clueza,

Other veterans who have been awarded at Cannes previously were Jean-Pierre et Luc DARDENNE who won the Best Screenplay award for Lorna’s Silence the story of an Albanian woman who acquires Belgian citizenship by marrying a Russian Mafioso.

The feeling this year was that there was a lot of good films, and not enough prizes to reward all of the good work. This was not a year when a film like The Brown Bunny, by Bad Boy Vincent GALLO stood among the talent. And Sean Penn brought a quality to the festival that will make the 61st edition stand out for a while, with a French film at the top.