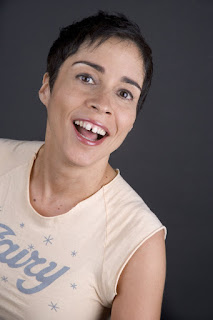 The National Queer Arts Festival kicks off this weekend with a QBall from 6 to midnite at the at the Queer Cultural Center in San Francisco. Look forward to a month of events from June 1 to 30th and over 300 artists in over 50 venues. Where else but San Francisco can this manifestation occur, the mecca of the LGBT univerise - worldwide. At the ball, Nedra Johnson will launch the release of her newest CD Nedra, a 2006 OUTMUSIC Award winning, mix of R&B, funk, rock and gospel.

Some of the headliners for this year's arts festival are comedian Marga Gomez and graphic artist Alison Bechdel. Gomez will present her latest show on June 30th Marga Gomez & The Boys with special guests Kenny Yun (winner of Russian River Comedy Competition) and Ronn Vigh (a male Joan Rivers, seen on Last Comic Standing.) Gomez will also include a quick study of Pride 2007.

Alison Bechdel, cartoonist/writer of the beloved comic Dykes to Watch Out and Fun Home will do a public reading on June 6th together with other queer writers: Lenelle Moise (Haitian-American performance poet) and Cherry Muhanji (author of the novel Her) and Ariel Schrag (comic artist and L Word writer). 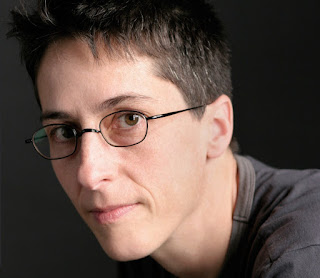 Also slated for June 6th is a dual channel video installation based on Andrei Tarkovsky’s 1972 Sci-Fi mystery, Solaris. Rudy Lemcke is behind the project which has been presented in venues such as Frameline, The Mix Festival (New York), & Festival Nemo (Paris). Lemcke presents a queer reading of this film classic, exploring the tension between technology’s endless quest for utopian dreams versus the frailty and limitations of human love.

The Queer Women of Color Film Festival will take place June 8-10 with 32 new films in 4 film programs in a tableau of queer women of color from queer Asian to Latino women.

Best of the Bay drag king troupe The Transformers have rounded up an eclectic mix of drag kings, queens, and burlesque artists from the Bay Area and beyond. With performances by Landa Lakes, Kentucky Fried Woman, The Citizen Kings, and Jay Walker. MC: Micia Mosely June 13th.

San Francisco Pride has slated a special comedy night hosted by Karen Ripley with Lisa Geduldig and other favorites on June 23, just in time to pre-operations for the 37th magnifiqué and legendary SF Gay Pride Parade, the mother of us all.