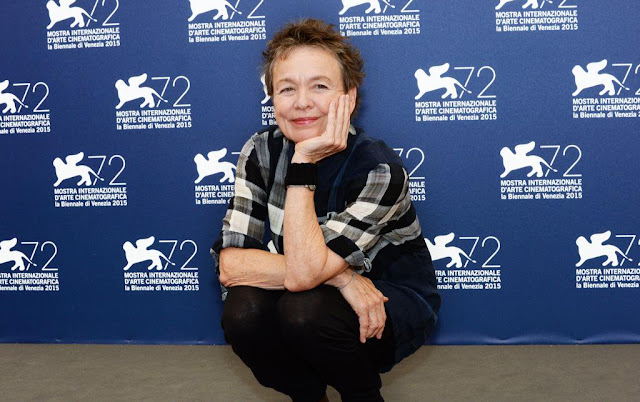 Heart of a Dog

Star
Star
Star
Star
Star
Performance artist and filmmaker Laurie Anderson was in San Francisco for a brief visit in conjunction with the theatrical release of her new film “Heart of a Dog” that opens in San Francisco November 13 at Landmark Theatres. The film debuted at the Venice Film Festival September 9 and is a thought provoking film about love stories and ghost stories, and how stories are relayed in our personal lives through art and media. Anderson relates stories about dreams and the possibilities for new ways of storytelling with new media.
"Heart of a Dog" weaves story telling with films Anderson shot of her dog Lolabelle and 8mm films from her childhood. She uses iPhones, drone phones, and different textural backgrounds. She wrote the script and did the art work and composed the music. This kind of singular vision seems to be the hallmark of her work. Anderson usually travels to cities and does installations, creating image, word and musical journeys. 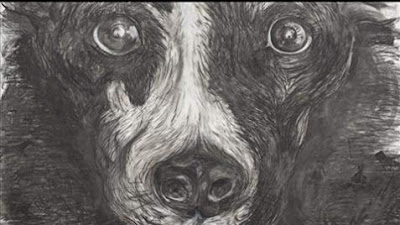 Anderson explores the synchronicity of what we do in life having its source in experiences from our childhood. She looks over her past as a pilgrimage. The talented artist even provides a description of death from the "Tibetan Book of the Dead". She explains that before going to another world the deceased experiences their present incarnation before finding a new form in a state called "Bardo". She calls the death ritual an automation of walking backwards in past lives. Even her film engages in this kind of backward sojourn. All of this is extremely thrilling and provocative for Anderson never ceases to engage with her creations, as she has always done through several decades of work. ' Heart of a Dog' is her newest edition, her latest work of art, which is truly inspirational.

Laurie Anderson recently collaborated with the Cullberg Ballet in Stockholm. Her film is dedicated to the late Lou Reed who she lived with for over 20 years.