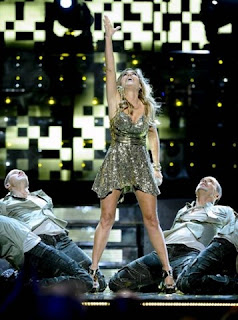 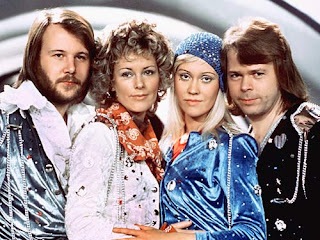 Sweden's ABBA's win in Brighton's 1974 Eurovision with Waterloo launched their career (the hit is on soundtrack for Muriel's Wedding). Almost every European cuntry had it as number 1, 2 or 3 on their hit list that year. ABBA's clothes by today's standards were ridiculous, but the song was very popular.This year for the first time in 17 years, Sweden did not make it to the Eurovision finals. The rules are changing to make more contests possible, and this year more semi finals than previous years thus more chances to be dissed. Each country is supposed to send their "folk music" or pop music favorite to the city of the previous year's Eurovision winner. Of course folk music has changed through the years and is more pop than folk. In Sweden one form of folk music is called "Schlager", basically a driving "hit" , and it has a real gay following and the songs are light, about love and hope. The form usually includes an obligatory key refrain that goes up one octave("obligatorisk tonhöjning". Schlager is a Scandinavian and to a lesser extent Baltic State music form, but is also common in Germany and Austria. 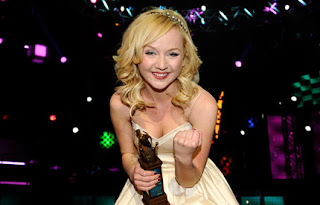 Sweden's popular Melodifestival which paves the way to Eurovision also has increased the number of regional semifinals before the final selection. Veteran Pernilla Wahlgren's (top photo) bouncy Schlager tune Jag vill om du vågar (I Will if You Dare) this year gave way to a young person's song of hope (17), Anna Bergendahl: This is My Life. Young people usually vote on their mobiles for the telecast. Wahlgren, and other established Swedish pop singers are trying to improve their ratings entering Eurovision, but the fans see through this as a comeback or self-promotion to an already decorated career. But Wahlgren's song and performance was better this year anyway than Bergendahl's even with her pink sneakers.
Eurovision is a national sport, a sit home event; the streets of Sweden are virtually empty, for everyone is at a "Schlager fest". It's the music of the people, it's the thrill of being young, although older programmers and promoters commercialize the event with all their gimmicks and angles. Countries in Scandinavia usually vote for their neighbors in the Baltic area, countries in the Mediterranean for their neighbors. Its not a really accurate tally but still it is, for competition ignites the passion of a country and her allies. Maybe what you get in the end is the best of block votes, but not necessarily the best. Since it is a phenomena it's not possible to analyse this song contest intellectually - popular culture is hard to dissect. Eurovision is huge, yet ratings went down in Sweden since their was no winner at the final. 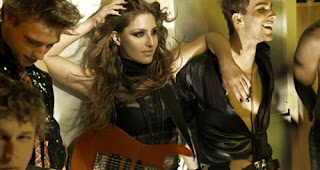 These Eurovision winners should give you an idea of the vitality of the contest, the finely combed yet raw young talent, the uproar of the audience, and the feel for national singers that break their ass with ambition in their life's defining moment, intoxicating! Elena Paparizou - Number One, (Swedish born-Greek background) singing for Greece 2005, Kiev. The lyrics are queer enough ("you're my lover, undercover"), and Schlager in Sweden is a true gay art form. "Number One" was frequently played in gay nightclubs and remains a classic. 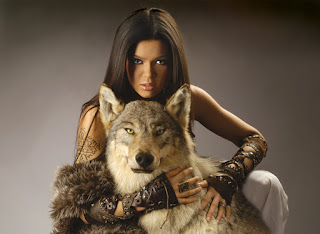 The torch to Elena was passed from Ruslana, Ukraine, Wild Dance, 2004. Ruslana was guest of honor at Gay Pride Stockholm 2004....this song is REALLY different from Number One, but yep, there she is Xena: Warrior Princess, subtext and all, without Gabrielle! But according to Eurovision enthusiast Adam Clack, this year the Ukraine sent Gabrielle! Aloyosha arrived on stage in a magical hood and belted out one of the strongest ballads of the contest singing Sweet People.
This year's winner comes from Germany and the upbeat pop song with a jazz beat shows exactly how, at least for this year, the Eurovision song contest is going and how far from the Schlager tradition. Lena Meyer Landrut had a hard time believing she won for Satellite, a song that describes the frenzy of new love and getting it, no matter what. Gone is any indication of German folk music, in this Euro vision of American jazz pop, sung in American English.
Posted by Moira Jean Sullivan No comments: