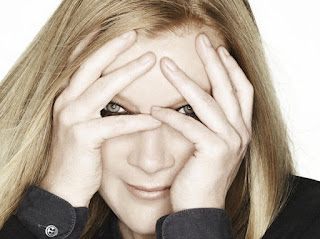 'A show dominated by some of the most powerful actresses in Hollywood hired a fiercely independent woman director — who was now being forced to watch from the director’s chair as scenes were shot in the style of her male predecessor.’

What is really problematic about the social media frenzy that has emanated from a piece in Indiewire - just five days ago - based on anonymous sources is the creation of a house of cards, one over the other that fits the scenario of exclusion of women in mainstream television. Generally, that scenario is true. However, if Andrea Arnold actually was pulled from the director's chair to watch on the side lines as B- photographers shot her scenes, anonymous editors clipped them, was muzzled to not say a word and later cried in the corner about it - it would be outrageous. Such assertions emanate from this one Indiewire report. This is the kind of report that were it true would engage everyone in the struggle for inclusion and gender equality. Ironically everyone is fighting about it anyway, despite not hearing any factual evidence or commentary by anyone involved in the series especially Arnold. No matter that the show is a soap opera about economically privileged married or dating women who chauffeur their children to private schools and playdates in Monterey. Though this saga is about domestic violence it is built around frequent commercial plugs for Spotify tracks and coastal Northern California tourism. If you believe Indiewire it is because the story reads incredibly Machiavellian. But you will also have to question Arnold's credentials as a filmmaker -- many have never even seen her films to make an assessment of her visual style. Was her willy nilly signing on as Executive Producer of five of the seven episodes when all other EPs had only one episode to regulate in the contract? Were her scenes re-edited to match the look and feel of S1 written by long acknowledged Show Runner David E Kelley. Did he plan to bring back S1 director Jean Vallee to take over after HBOs 'Sharp Objects' wrapped after Arnold signed? This is pure Macbeth! The conspiracy theory is as weakly intoxicating and intriguing as the plot of 'Big Little Lies' with accomplished actresses acting as an ensemble for a superficial script written by Kelley. There are those who would rather believe this social media soap opera than investigate if Arnold was shut out as is claimed. At present, S2 is being filtered through the distorted lens that Arnold couldn't possibly have created anything in S2 of this vacuous series. She is no newcomer to US television and has directed Prime Time series; her films have won Jury Prizes at Cannes and festivals and award shows around the world. Hardly a fragile outsider with no business acumen or agent as Indiewire would have us believe. Check yourself how every single report in social media on Arnold and BLL can be traced back to Indiewire with their allegations recycled as facts.