Lucy Lawless who plays Lucretia in Spartacus: Blood and Sand has been nominated for an outstanding actress award at the 50th Monte Carlo TV Festival slated for June 1-6. Andy Whitfield and John Hannah are nominated as outstanding actors. Lawless's husband, Rob Tapert, Sam Raimi, Joshua Donen and Steven S. DeKnight are on the list for outstanding international producers. What can this team not do? 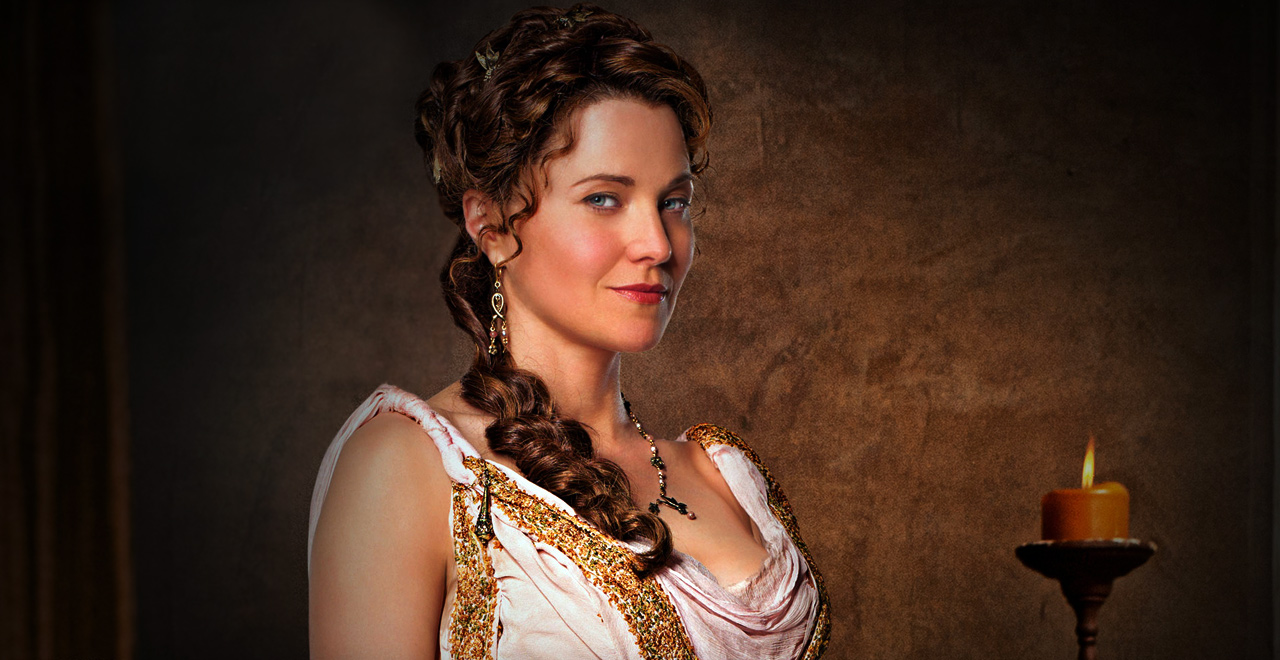 Accompanying Lawless to Monte Carlo will be Peter Mensah who plays "Doctore" in the series.
The Monte Carlo TV Festival begin in 1961 and was launched by Prince Rainier III of Monaco. The regent remarked on the occasion that he "wished to encourage a new form of artistic expression, in the service of peace and understanding for mankind".

The festival has competitions for outstanding television movies, news, and mini series with categories in documentary, comedy and drama. There is also an international TV audience award for best comedy, drama and soap opera series.

The winners will take home a "Golden Nymph" statuette. That would be appropriate for Lawless's role. But a little background to why she took this role after Xena:Warrior Princess, is that she really wanted to someone "naughty". Her favorite character in Xena, she reveals, was bad girl "Meg".

Lucretia" seems to be the strongest role Lawless has had since the series ended in 2001.
Posted by cinefemme