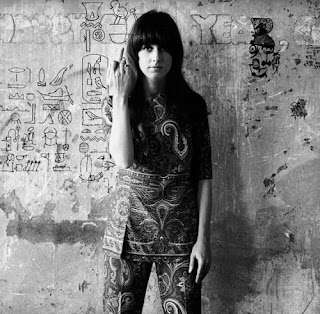 White Rabbit is a ballad about the hypocrisy of the American"establishment" and the disenchantment of the 60's. This is Grace Slick's song and lyrics, with riveting musical accompaniment by band members of the Jefferson Airplane.

Slick takes to task in this chanson one of the classics of children's literature. She is amazed how parents  read to their young children "The Adventures of Alice in Wonderland" , a surrealistic adventure not unlike an acid trip, and still criticize the rebellion of youth during this time.

White Rabbit retells the story of Alice who grows taller -  expands her mind -  and smaller losing her feminist power,  and who envisions all kinds of magical creatures. It can also be seen as an allegory of American youth who were lost during the Vietnam War. Some went down rabbit holes and died and others protested. ("Tell 'em a hookah smoking caterpillar has given you the call"). There has been no similar student movement since. After the turmoil, a middle class was created and silenced by consumerism. This was a battle cry to reconnect to the earth with  mind and heart.

Slick's version of Alice is a box within a box. Just as everything is confusing to Alice and she distorts what she sees, she also becomes a distortion for readers. In Slick's rendition of the story, she calls the Queen of Hearts “The Red Queen “(she is after all as red as the hearts, but has no heart). The "White Knight talking backwards" evokes the double speak of the time when war was rampant but was forged in the name of peace on earth. This message is still true today. When "Men on the chessboard get up and tell you where to go", was the power of the presidency to initiate unilateral military intervention and the disruption of civil liberties of American citizens. 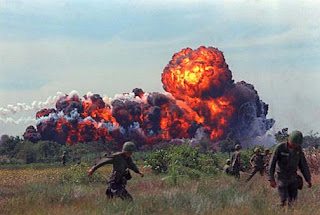 The dormouse in Lewis Carroll's "The Adventures of Alice in Wonderland" (1865) could not remember anything but probably would have if he had time to think, to learn, to improve his mind and slow down. Slick's ballad indeed spoke to a numbed part of American society that watched an infamous war continue. The mesmerizing White Rabbit is a battle cry for awakening. Student protests and civil liberation movements grew exponentially during this time. Corrupt forces of the status quo include the Johnson administration installed after Kennedy’s assassination, which pounded Vietnam with bombs. The futility of this military venture led many young people to "drop out", " sit in", burn their draft cards, and expand their consciousness in news ways of living that invigorated the culture with color, flowers, poetry, music, film and art. For some, the experimentation of psychedelic drugs to reach the fourth dimension was part of the journey. For others they were catapulted to nirvana through poetry and protest. 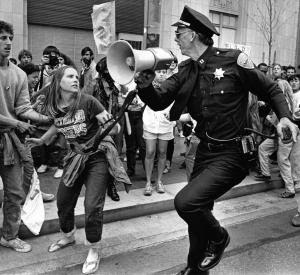 Drugs are not what all the song is about, and it is limited to see it only as that. If one was unsure about protesting during this time, Slick proclaims, "Go ask Alice" who should know that "logic and proportion had fallen slowly dead" in the US.  The chessboard, the battlefield for white and black Kings, Queens, bishops, knights, rooks and pawns symbolize the patriarchal military industrial complex of American society in the 60's.

White Rabbit is a Freedom Song, a rally call to transcend the patriarchal order of the time and enter the world of creativity and knowledge. That call is still valid. Slick’s final message spoken through the Dormouse is a response to the beheading of Mary Queen of Scots by her cousin Elizabeth I - after a conspiracy of deception and treachery -  “feed your head” -  improve your mind and become aware.

Why should the FBI have this song out on their list of subversive music? . "You'd laugh so hard you'd crack the walls!" , retorts Grace Slick. The drug metaphors kept her out of the White House when she ironically was invited to a (Mad Hatter) tea party. Could it have also been because Slick often performed in a green girl scout uniform to provoke the "decent people" of America? Or her solidarity with civil rights included painting her face in black and raising her fist on national television was too provocative? 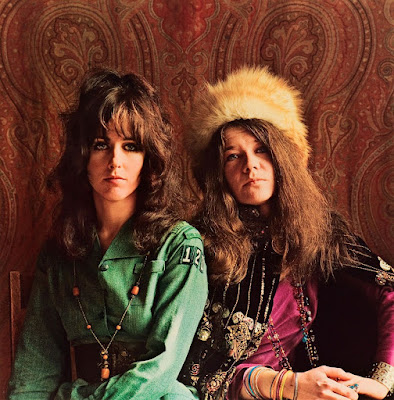 The bravado of the Jefferson Airplane marching in time to Slick’s slick phrasing with drums, lyrical guitars and then solid soul piercing base tones, builds in momentum into a riveting and masterly mosaic of energy. Each stage of the journey is related in the cadence of a Spanish bolero with castanets, drums and electric guitars. Slick sticks to clear and powerful phrasing as she explains the need to get smart like Alice, or else! Although the "white rabbit" is not referred to in the song other than in the title, he is the ultimate messenger of truth, for without him Alice would never have seen her own reality above ground. 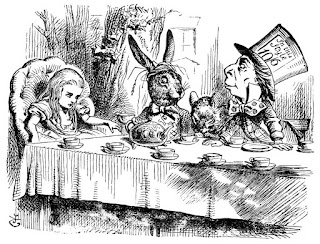 When logic and proportion
Have fallen slowly dead
And the White Knight is talking backwards
And the Red Queen's lost her head
Remember what the dormouse said;
Feed your head, feed your head
Posted by Moira Jean Sullivan

great article, mille grazie! keep up such a creative analysis!

nice blog.White Rabbit is a Freedom Song, a rally call to transcend the patriarchal order of the time and enter the world of creativity and knowledge. Slick’s final message spoken through the Dormouse is “feed your head”= improve your mind and become aware.

Life is shit unless you're in the game. Knowledge not opportunity defines your destiny.