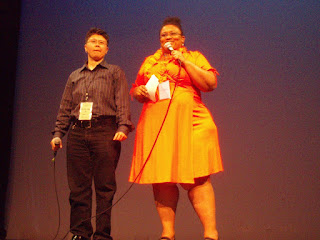 The 5th Queer Women of Color Film Festival affectionately referred to simply as QWOCMAP was held at the Brava Theater in San Francisco this past weekend June 12-14. This amazing festival features the films of women who attend a 13 week professional filmmaking program under the tutelage of San Francisco filmmaker Madeline Lim, 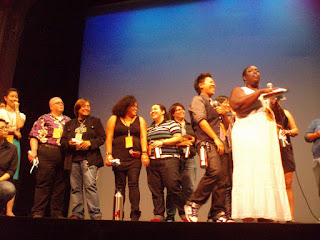 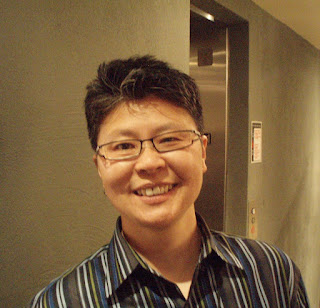 Lim spoke about developing a proactive stance rather than a reactive stance to combat the stereotypical depiction of queer women of color. Far too often people of color die in films, which is an all too familiar trope, said Lim. "We need to create out own images, and tell our own stories", she exclaimed and QWOCMAP is living proof of this.
The strong community support for this festival includes Mayor Gavin Newsom and a host of sponsors. The festival is free and there are daily feasts donated by local eateries. But generous donations and community support keep this festival going. Despite budget cuts for culture, QWOCMAP is determined to survive and with the Queer Women of Color Media Project will continue to provide hands on education for filmmakers.
The 353 seat theater was filled to near capacity and the enthusiastic crowd gave artful feedback to the work of these filmmakers. It can only be said that the festival is getting better and better, and the films increase each year in quality as far as camera work, editing, sound and dialogue.
The theme of the festival this year was immigration and an afternoon "Convening Community" panel discussed "Multiple Borders" which was comprised of LGBTQI (Lesbian Gay, Bisexual, Transgender, Queer, & Intersex) coalitions in human rights for queer women of color immigrants. On the panel were Noemi Calonje, National Center for Lesbian Rights, Philip Hwang, Lawyer's Committee for Civil Rights, Madeleine Lim, Queer Women of Color Media Arts Project and Laura Rivas, National Network for Immigrant & Refugee Rights. An important area to recognize with the passage of Proposition 8 against gay marriage is the absence of legislation for same sex partners to sponsor their international partners. Prior to the panel there were several screenings of films on this topic including Madeline Lim's Sambal Belacan (1997), a film which is banned in Singapore about three queer Singaporean immigrants.
The filmmakers took the theme of immigration to task with some highly creative work. 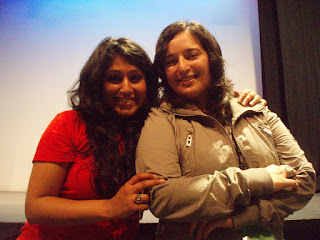 The poster icon of the festival is a still from Mr and Mrs Singh by Punam S, a film in which a married couple live a double life as a gay man and lesbian. 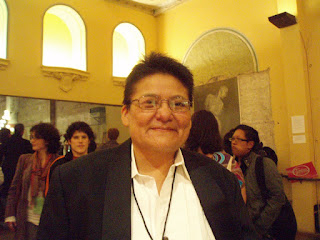 Other films this year include the animated short Two Embrace by Arizona filmmaker Carrie House. This little documentary presents a narrative that isn’t in the history books about Native Americans and the first immigrants to America, the Europeans. 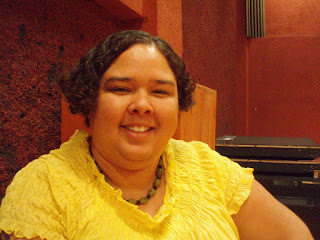 Jolie Harris takes on the problematic cliché that is makings its way around in Gay is NOT the New Black. Harris said she was saddened by the wedge of disparity driven between what she believes is the white LGBT community and people of color. She believes that the connection which attempts to links Proposition 8 with the minority vote is inherently racist. The passage of Proposition 8 for gay marriage in California was blamed on people of color who supported Obama but not the marriage initiative. This inflated claim had a heyday in the media, which as a far from objective power structure is known to create conflict. But these messages were taken as factual. Harris said that the issues in the LGBT community seem far less radical than before, such as the rights for gays in the military and the right to install the age old institution of marriage. She feels that there are far more important issues that call for activism.
Tera Greene's Queerer Than Thou is a humorous collection of some of current labels in queer culture, from the classic 2.0 gay man to several creative distinctions for different LGBT populations, presented with a brilliant timing. 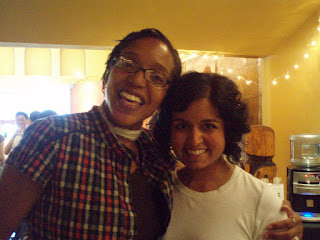 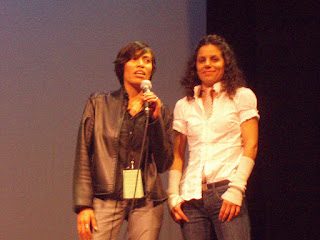 One of the more inventive films of the festival was the scifi comedy with elaborate alien costume design in Dimension of IS: A Spectacular Future by filmmakers Gigi Otalvaro-Hormillosa and Heather Cox-Carducci.
The brilliant dialogue of (B.K. Williams in What if?, tackles the hidden implications of how outside is an outsider at a dinner party in a explosive standoff between Desiree Rogers and Monica Bhatnagar. 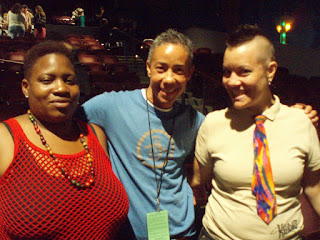 Cruzito’s moving documentary Non-Resident Alien chronicles the activist prose of the queer Afro-Cuban hip-hop trio Las Crudas Cubensi who have been performing since 1995.
The artists who were in the house had never seen the film which is complete with footage from Cuba. The festival concluded with a riveting concert by the group who have recently made the Bay Area their home.
Posted by cinefemme