The Sacred Feminine in Cannes 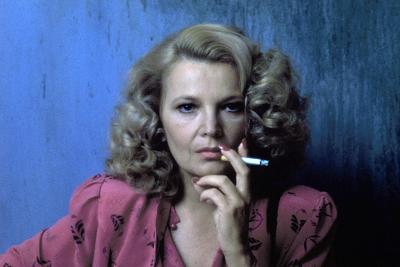 There may not have been much to chew on in Ron Howard’s The Da Vinci Code but there are stronger signs of female power at Cannes making this festival one of the best. First of all there is the veteran actor- the magnifique Gena Rowlands featured in Paris, Je T'Aime in Un Certain Regard and who will be giving a Master Class. Almost everything that comes out of the mouth of this veteran actor is inspirational and provocative:

"We actors do not need to die to be reincarnated, we for that is what we do each and every day. But what freedom! We all have thousands of characters within us. Only actors and madmen (whom we are often taken for) can give them expression and body, and defend them. With complete impunity". 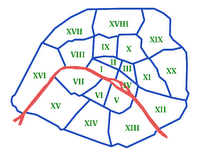 Rowlands remarked how rewarding it was to work on Paris, Je T'Aime, a film made by 18 directors about the arrondissement in Paris they love, especially because of the integration of age spans. We need to know that love exists, she remarked about the role she has in the section directed by Olivier Assayas.

Monica Bellucci who serves on the official jury made a marvellous statement at the start of the festival that we can say to earth pods whey they ask us why we watch SO much cinema :

""If I was not an actress, I would then be a big cinemagoer. I love cinema and I could not deprive myself of movies one way or another. It is through cinema that quality encounters between cultures can take place and their various expressions meet." 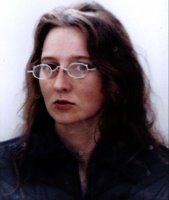 Actresses typically are to be found on the international jury, rarely directors. This year the Argentine director Lucretia Martel is a part of the feature film jury, whose film The Holy One has received international acclaim since its debut at Cannes in 2004. Agnes Varda was on the jury in 2005. Several women have served as presidents of the jury, all actresses: Liv Ullmann (2001) Isabelle Adjani (1997), Jeanne Moreau(1995 and 1975) , Ingrid Bergman (1973) , and Sophie Loren (1966).

Actresses are typically the "Madame of Ceremonies", - such as Monica Bellucci, Charlotte Rampling and Sophie Marceau but this year in a gender bender, the French actor Vincent Cassell was selected. He heralded the multiculturality of France, adding that in addition to the spiral formed arrondissement of Paris, there are 177 communities!

The artistic director of Cannes, Thierry Frémaux was interviewed by Dagens Nyheter ( 14 May) and declared that each Cannes selection is a global snapshot of the world. "We are not the UN and we don't have quotas. For example, we don't take a film from Sweden that is half good just because Sweden may be underrepresented. Jamais". By the same tack Frémaux said that films by women although appreciated are not sought after. He can put together an entire program without women with no qualms. Although he appears to have no insight into why it might be so he declared, "Men make more films than women, and this is reflected at Cannes". Since we have no reason to expect women selected to the international competition, this year a HOLY TRINITY of female power was selected much to our delight. 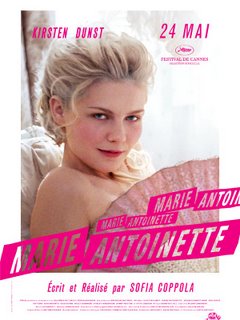 Sofia Coppolas's Marie Antoinette is the story of the young Austrian woman who became regent. A period piece is expected from directors with two or three successes under their belt. 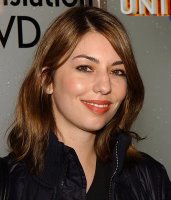 However, in this respect Coppola has modernized the historical epic, with rock music and an occasional converse footed actor. The film is adapted by the novel by Lady Antonia Fraser, married to that rebel rousing Nobel laureate Harold Pinter.


Question: Although it is fiction, of course, what do you make of The DaVinci Code and its suggestion regarding the Holy Grail as feminine icon?

Lady Antonia Fraser: Haven't read it. No plans to do so.

We are also spared from the demise of Marie-Antoinette in new pic! Au contraire the film, like other work by Coppola concerns the pressures of life for young women.

"For me, Marie Antoinette has remained, first and foremost, the symbol of a totally decadent style. I didn't realise to what point these people, who were called upon to govern a country, were in point of fact no more than teenagers. Daily life in the Château de Versailles is also, for these adolescents, a form of apprenticeship set in a tense, difficult environment. It is this position and the complexity of the character of Marie Antoinette which interested me."

Nicole Garcia who served on the Cannes jury with several well made films has been invited to present Selon Charlie, an multi-arc film with seven--and a surprise eight- men. Previous films include Place Vendôme starring Catherine Deneuve who plays an alcoholic that has lost her husband. Deneuve won an acting prize at the Venice International Film Festival. L'Adversaire was shown in Cannes in 2002, the story of Jean-Claude Romand man who murdered his wife, children and parents in 1993. 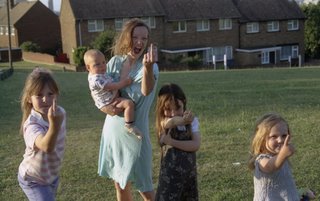 The Oscar winning Wasp director Andrea Arnold brings us the first part of a dogma inspired trilogy concerning a woman who works in closed circuit television studio in Glasgow: The Red Road.

Pic has already engendered enthusiastic acclaim for the international competition for its film form and message. The project is called "Advance Style", where three directors will create films based on the same characters by Lone Scherfig and Anders Thomas Jensen--all set in Scotland.
Posted by Moira Jean Sullivan