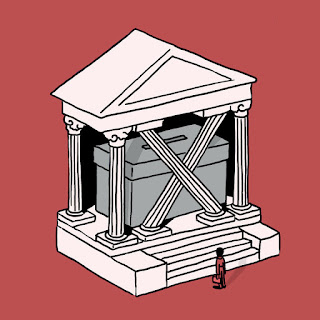 Since Obama won in 2012 the conservative backlash against POC who are traditionally Democratic voters succeeded in changing voting rights established in 1965 in the courts. It allowed conservative states to peel back voter rights made law over 50 years ago.This is not a well known fact and maybe it doesn't matter to CNN America that racial discrimination was rampant in this election. POC voters who supported Hillary Clinton as they had Obama were blocked from voting. Polls closed - 400 in Texas- 60% of the counties in Louisiana and in Arizona all counties closed one. This was done to specifically target young people and minorities. The Voting Acts Right of 1965 prevented states and counties primarily in the south to seek approval before making changes to their polling locations. The Supreme Court eradicated the coverage formula to prevent certain jurisdictions from "egregious voting discrimination" in 2013. The George W Bush appointed Chief Justice John Roberts Jr proclaimed it was because "current conditions" did not warrant it. In North Carolina, 66,000 black voters were affected by changes in voting locations. It is clear that "conditions" still warrant the full protection of the law and will always warrant it in to prevent racist voting practices that are rampant in parts of the US.

Mark Zuckerberg created Facebook to get even with ex girlfriend


Mark Zuckerberg's Facebook went beyond dating services to hospital donations in San Francisco. Obama met with Zuckerberg in 2008 in a job investment plan that has brought about the tech revolution, gentrification, exodus of POC, exodus of queer women, low income , rent controlled renters. How can such a geek do so much to the world to create faux human connection?
David Finch's "The Social Network" reveals what a socially awkward and immature jerk Facebook founder Mark Zuckerberg was, how FB started out to ridicule his ex girlfriend (who fortunately ditched him for good), and then became a dating service for upper class heterosexual co-eds at Ivy League US colleges. Now FB is still pretty much used the same way to announce who is single and who is into dating women and men. Any other ambition was never the plan, but of course how well we use it to network beyond that is up to us. Consider yourself served!
Posted by Moira Jean Sullivan No comments:

Electoral college established to protect slaveholders of the US

Of course, and just to be sure, Section 5 of the Voter Rights Act of 1965 was repealed that was created to prevent discrimination against POC to insure white supremacy.

It Was Designed to Protect Slaveholders. It Also Got Trump Elected President.
In the early morning hours after Election Day, in 2012, Donald Trump tweeted: At the time Trump falsely believed that Mitt Romney had won the popular vote and lost the…
FUSION.NET

We Still Do not Know Exactly which genders, which races, which classes voted for President. As of November 19, 2016 the same exit poll statistics are ONLY based on 25,537 voters! The data has been collected by CORPORATE MEDIA. Those taking the poll have followed the same protocol since 1984 in regard to race and gender.
According to corporate media it was WHITE WOMEN who cost Hillary the election. Let white women bare the burden of this election: not Voter Rights Act discrimination that prevented People of Color from voting in the south and jurisdictions where there has been historic discrimination at the polls. Nor corporate poll taking. Nor a 10% increase in white male Republicans who voted against Hillary. Exit polls are used for political agenda. It's better to blame white women for this election even if the same percentage of white women did not vote for Obama. Read the fine points to the current exit poll that is used to proclaim election results.

"Data for 2016 were collected by Edison Research for the National Election Pool, a consortium of ABC News, The Associated Press, CBSNews, CNN, Fox News and NBC News. The voter survey is based on questionnaires completed by 24,537 voters leaving 350 voting places throughout the United States on Election Day including 4,398 telephone interviews with early and absentee voters.
In 2012, 2008 and 2004, the exit poll was conducted by Edison/Mitofsky; in 1996 and 2000 by Voter News Services; in 1992 by Voter Research and Surveys; and in earlier years by The New York Times and CBS News.
Direct comparisons from year to year should factor in differences in how questions were asked. Race and sex were determined by interviewers in surveys before 1984. Independent or third-party candidates are not shown.
Population scaling is representative of the number of voters in each category.
*Change is shown in percentage points. When comparable data are available, this measure combines the change in Republican support and the change in Democratic support from the previous election."