based on Stefan Aust's novelEichenhof Rote Armee Fraktion (or Meinhofthe cultural political journal konkret Klaus Rainer Röhl served as editor. It is not easy to understand how Ulrike Meinhof became one of the most wanted criminals in modern German history but Sem-Sandberg claims its out there waiting to be re-discovered. 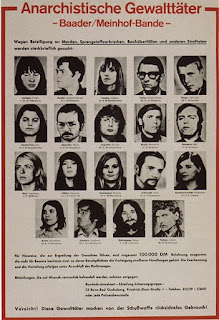 such as the shooting of civilians in Vietnam,Bundeskriminalamt (German bureau of investigation) tries to piece together why young people are becoming terrorists in Germany, naïvely intellectualizing the violence - a phenomena that Meinhof had spent years studying before becoming an activist. It is Herold who lights up like a Christmas tree when he connects the protests over US military imperialism in Vietnam, the generous supply o f US weapons to Israel, and the search for oil in the Middle East - to the bombings and gun power of the RAF. As military police he knows that terrorism is a reflection of power imbalance and his strategy is to make it larger and crank up the volume full blast to squash any resistance, thereby creating an über police state with tacit support of the German population. In response Ulrike Meinhof quotes Mao who states that a clear line of distinction is created when the enemy tries to squelch the truth by blacklisting the protest(ers). When she is incarcerated and isolated at Köln-Ossendorf she is aware of the effect this has on the psyche. When she later interacts with Gudrun Esslin at Stammheim to get their case prepared for trial they turn on each other. But although Esslin was considered the leader of the RAF it is actually Meinhof's analysis of repressive political systems that sets them apart from senseless young hooligans, and which motivates their cause and conviction. Esslin no longer can make sense of Meinhof's analyses that have served the RAP before their incarceration. She insists that RAF take full responsibility for their actions - and that a rescue mission be set into operation to get them out.

The Baader Meinhof Complex is Germany's contribution to the Best Foreign Language film category for this year's Academy Awards. It is a riveting chronicle of events from June 2 1976 to several bank robberies and bombings and the incarceration of several members of the RAF. 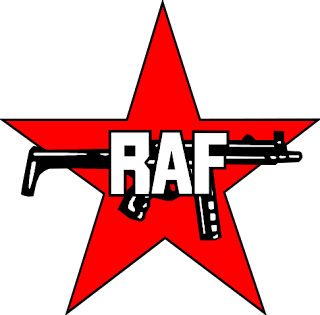 Events leading up to the trial of astonishing legal impropriety and the presumed execution of Meinhof, Esslin and Baader reveals a bungling intelligence apparatus gone haywire that just wants to make it go away, anyway. There has been a distinct glamourization of violence and sexuality up until this point. The Baader Meinhof Complex is after all aimed at young people who weren't born at the time, and older people who were young at the time. At Stammheim it stops. Gone are the devil may care rides on the freeway at top speed, the spirit of collective action and the intoxicating suspense and high of several planned attacks that consume the film almost until the end. Yet the incarceration of the RAF leaders encouraged more young people to continue their cause. The execution of members of the Israeli Olympic athletes in 1972 is linked to the RAF, further evidence of the proverb that if you cut off the head of a dragon more will grow in its place. Bob Dylan's song at the end that "the answer is blowing in the wind" describes how little Germany understood its youth and their rebellion. The Baader Meinhof Complex articulates the mind and muscle behind political violence and it resonates deeply for those trying to make sense of terrorism today.
Posted by Moira Jean Sullivan No comments: