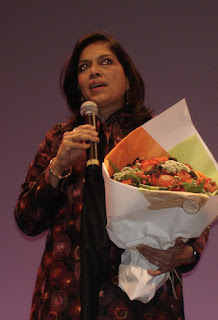 CinéFemme is an international forum for film and media analysis of and by women.

This is a new cinema discussion blog for comments regarding new theatrical releases, women's film festivals , genres and spaces, the work of women in film and all films with a gender perspective. Is there really anything like this out there? Discusss the latest film by Jamie Babbitt, Mira Nair, Chantal Akerman or Margaretha von Trotta Or if you prefer rant about the films of David Lynch, Lars Von Trier, or Steven Spielberg. Feminist film criticism, gender studies, queer perspectives.