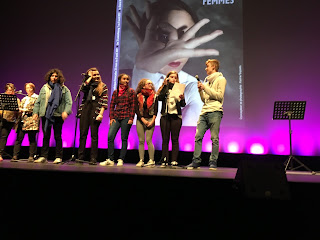 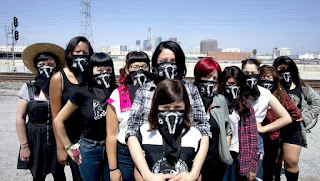 Dorothy Arzner’s films were marginalized by male film historians until the advent of women’s film festivals in the mid 1970’s. The first major and largely anecdotal accounts of American cinema by male film historians omitted or glossed over her career:  Andrew Sarris: “The American Cinema: Directors and Directions, 1929-1968” (1968- Arzner completely omitted); Kevin Brownlow’s “The Parades Gone By” (1968); Lewis Jacobs, “The Rise of the American Film” (1939, reprinted 1967). Her films have been the subject of scholarship and film retrospectives, richly documented in essays and books by feminist film theorists and historians since the 1970’s.
When Arzner was rediscovered in women’s film festivals in the 70’s, in part promoted by British feminist film theorist Claire Johnston, her historical place in film history was well motivated by the body of work she had done between 1929-1943 above all how her characters challenge the fixed gender roles of women in film and open these films up to contradictions. They show women transgressing their roles and seeking fulfillment. Feminist film theory was taught at universities and colleges since the 80's  and her work is currently discussed, especially with a slew of new retrospectives.

Dorothy Arzner is relatively unknown in France and feminist film theory nearly non existent. So it is with some alarm that she was introduced rather poorly by the Cinématèque Française for an upcoming retrospective with problematic - and protested - program notes on a revised ahistorical account of Arzner.

Libération journalist Philippe Garnier reviewed six of her films in 2003 while in Los Angeles and was called on to write the program notes for a retrospective of her films at the Cinématèque Française from March 22 to April 1, a bastion of male film history with only six retrospectives dedicated to women since 2005 out of around 300. Fortunately, Garnier does not speak for “Créteil Films de Femmes” whose parallel Arzner retrospective (March 10-19) precedes the program af Cinématèque Française. A round table with myself representing the Cinema and Women’s Studies Department at City College of San Francisco and Cahiers du Cinema film critic Ariel Schweitzer was held for the audience who would later continue on at Cinématèque Française. This discussion was crucial in bringing this work to its proper light. Créteil has previously showcased Arzner’s work on two occasions in the 80s since the inaugural festival of 1979 in Sceaux, which later moved to Créteil.

Why elevate an historical figure while vulgarizing the work? Why commodify a retrospective with revisionist history?  Phillipe Garnier claims that Arzner was successful because of two reasons: she had“f---k you money” to play with , i.e. was so wealthy she really didn’t need to work, like Zoe Akins and it infers they bought their way into the business. Secondly, she became a director as a result of a network of women artisans in the film industry in the 1920’s. However, it was Arzner’s competent efforts and the contacts she made at Paramount that made her director before the union jobs that came with the big studios after this period. That Arzner remains after this time and for 20 years in the emerging Hollywood studio system is extraordinarily remarkable.
Posted by Moira Jean Sullivan No comments: